When I introduce the concept of ‘Institutions’ to students, I sometimes use the following picture, taken at a summerschool in Beijing in 2013. 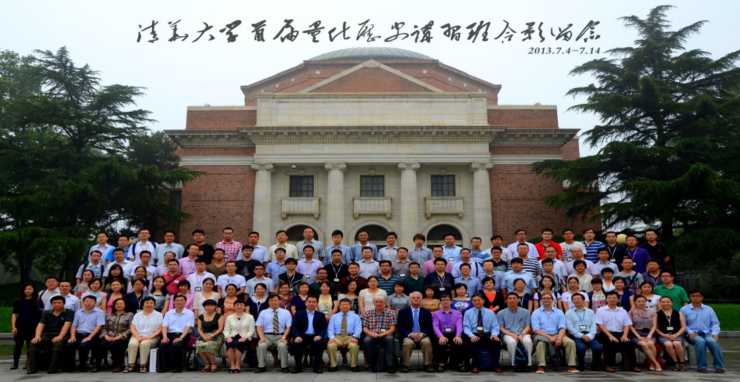 What do you see on this picture? There is always one student who see social inequality or hierarchy: the most important people are supposedly in the center, the less important near the margin of the group. Indeed, that is the key, and then I tell the story of this picture (or more generally, pictures taken at Chinese academic meetings in general). When I arrived at this summerschool in July 2013, the first thing they told me was that the picture was going to be taken on Wednesday morning at 8 AM, and that it was important that we all showed up in time. And this was repeated a couple of times when announcements about the organization of the summerschool were made: be there and be in time! Why this was so important became quite clear on Wednesday morning. Long before 8 the members of staff of the group that was organizing the event were discussing the placement of their group. Who had to sit on the front row, who should be close to the boss, prof. Chen Zhiwu (a finance economist with a strong interest in economic history who had organized the event), and who had to sit on the back rows to the extreme left or right. They were clearly nervous – this classification meant a lot to them – and became even more nervous when Zhiwu showed up and started to reorganize the placement. Some staff members were promoted on the spot, and others therefore demoted, all in a very friendly way (‘you must come to the fore! Sit right behind me!’ – I could not understand the details as they were of course speaking Chinese, but the gist was quite clear). The international experts were also shown their spots (I was at the time still honorary president of IEHA, which explains my elevated position right next to him). Our friend Debin Ma who knows the organizer well, is also on the front row. Finally, the picture could be taken, and we all received a copy. So the importance of the picture was not the picture itself, but the reclassification of the hierarchical order of the TsingHua group that occurred. Everybody was shown his or her place in the pecking order.

(one Chinese student explained to me that it was also significant that the picture was taken in front of the main building of TsingHua university, a building that radiates authority – it is perhaps also the most prestigious university of the country – and that this adds to the standing of the group on the picture)

Next, I show a picture of another academic gathering. I explain them, the students, this is our research group, and ask them who, they think, is the boss of this group. You will probably not be surprised that Ewout gets most of the votes, and they are surprised when I tell them it is the tall guy with the red hair in the back. There is no clear order in this group, by Chinese standards, but does that mean that power differences are smaller? Is this a picture of academic equality or inequality disguised differently? 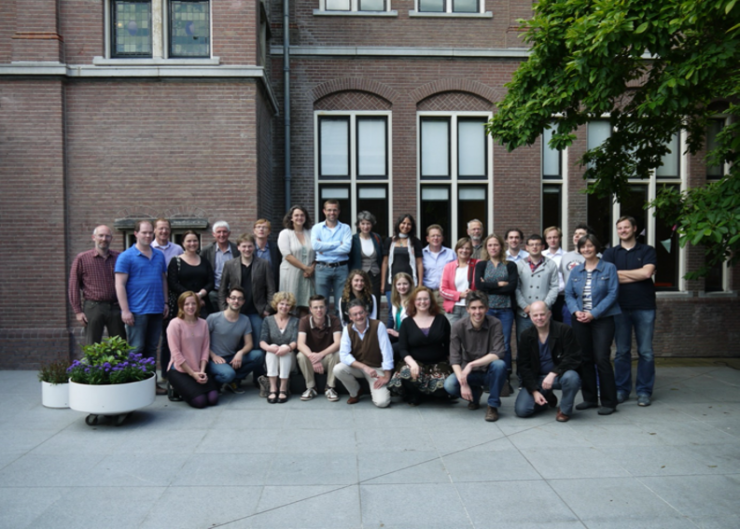 I was reminded of these pictures when I saw a news item on television about a group portrait with Kim Jong-Un. He was comfortably sitting in front of a massive group of about 200 almost identical military men in highly disciplined order (something they are particularly good at in North-Korea). Their striking similarity dehumanized them – they were clearly the puppets with which Kim played; he was the only guy with agency on the picture. Unfortunately, google did not bring me to this very extreme form of hierarchy and inequality, so I cannot show you the picture.