One from the archives:

Economic growth not translating into well-being of Dutch households 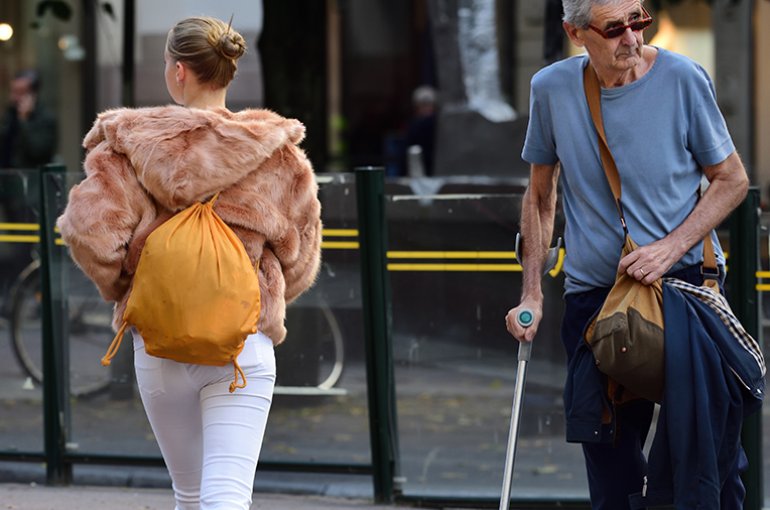 The prosperity and well-being of Dutch households has hardly risen in recent years, despite the economic growth in the same period. This is revealed by Rabobank and Utrecht University’s Comprehensive Indicator of Well-being, which was presented today. This indicator is an integrated measure that illuminates the development of broadly defined prosperity and well-being in the Netherlands.

In contrast to the GDP, this indicator not only measures and weighs the economic situation of Dutch citizens but also other factors that determine well-being, such as employment, job security, education, health, environment, housing, security, political participation and happiness. The results of the Indicator of Well-being now reveal a very different development than the per capita GDP, especially during and after the 2008 financial crisis. Indeed, only a limited recovery of general well-being began last year.

The first copy of this Comprehensive Indicator of Well-being was presented today to André Knottnerus, chairman of the Scientific Council for Government Policy (WRR): ‘This indicator contains an important message for the government’s coming term of office: don’t only look at economic growth but develop a broader perspective on well-being.’ 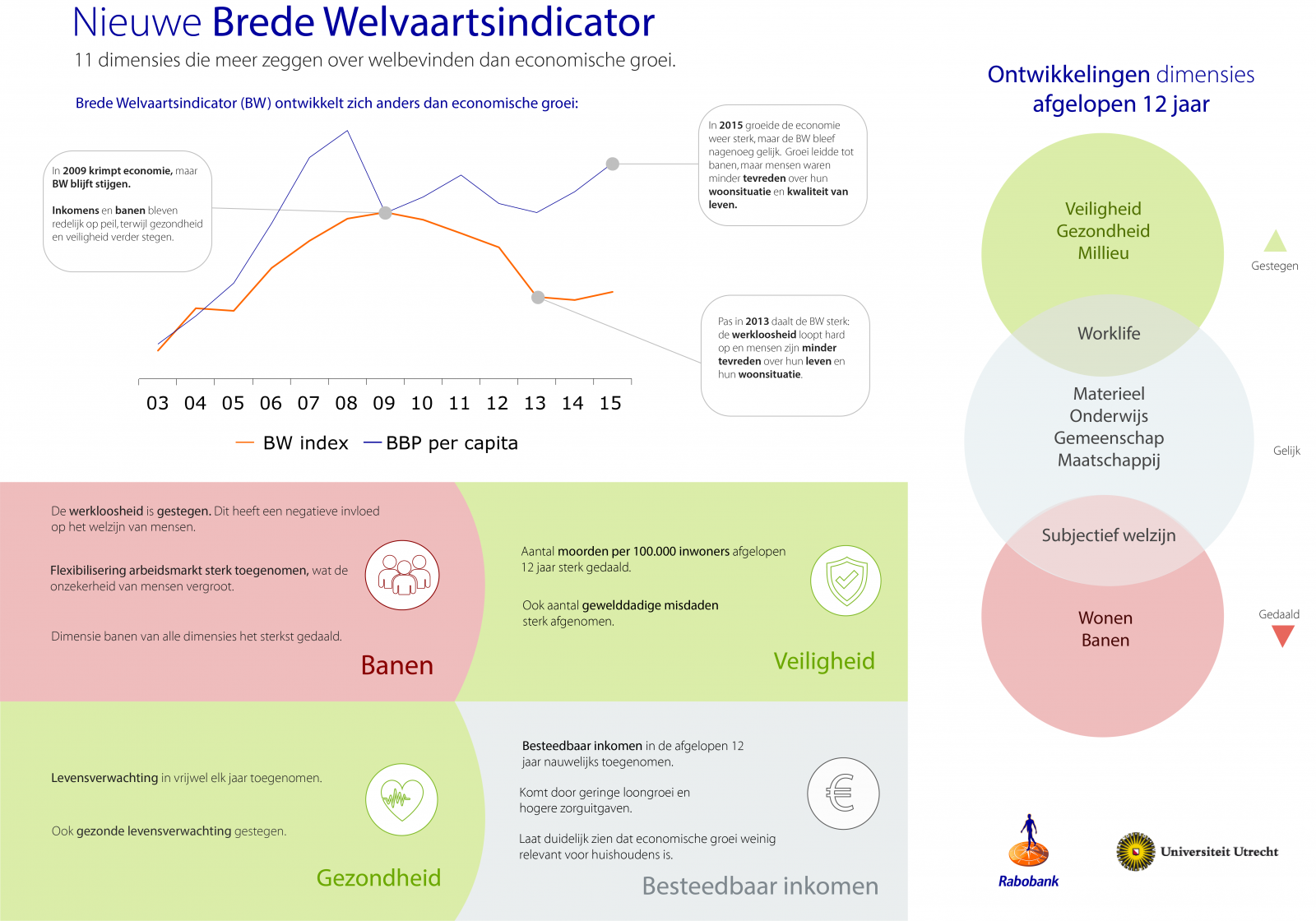 Up until now the concept of gross domestic product (GDP) has been used to measure people’s prosperity and thus also their well-being. However, the GDP gives a one-sided picture because well-being cannot be expressed simply in terms of the financial situation of Dutch people. It is often the case that according to the GDP the economy in the Netherlands is growing, but that this growth is not reflected in the well-being of households. The Comprehensive Indicator of Well-being is a new instrument that gives an integrated insight into the development of broader prosperity and well-being in the Netherlands. 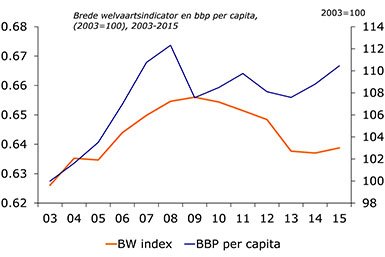 In the period leading up to the great financial crisis of 2008, the per capita GDP of the population and the Indicator of Well-being developed roughly in parallel. After this, clear divergences arose.

In 2009 the GDP fell strongly, while the Indicator of Well-being remained more or less stable. During this period many companies still retained their employees and wages continued to rise, while the dimensions of material prosperity and jobs fell slightly. At the same time other dimensions, such as health and safety, continued to rise in the years following 2009. It was only in 2013 that the Indicator of Well-being dropped as well, a year in which unemployment increased sharply. Simultaneously the dimension of subjective well-being fell in that year, mostly due to a decrease in satisfaction with life.

Some dimensions in the Indicator of Well-being have improved…

Three dimensions have shown a marked positive development over the past twelve years: environment, health and safety. Emissions of substances such as particulate matter (pm10), which is highly damaging to health (National Institute for Public Health and the Environment (RIVM), 2002), have fallen strongly. In addition, biodiversity as measured by the World Wide Fund for Nature and the Environmental Data Compendium has increased. Moreover, life expectancy has grown almost every year, meaning a strong increase in the health dimension. The levels of murder and violent crime have also fallen, thus improving the safety dimension.

…while other dimensions have worsened

The scores for two dimensions have fallen strongly over the past twelve years: housing and jobs. The housing dimension has worsened because people state they are less satisfied with their home. People were particularly dissatisfied with their housing situation in the years following the crisis. However, it is the jobs dimension that makes the most negative contribution to the Indicator of Well-being. Between 2003 and 2015 unemployment rose from 4.8 per cent to 6.9 per cent. Another reason for the strong fall in this dimension is the increased flexibilisation of the labour market. This has a negative effect on people’s well-being because it leads to greater uncertainty.

Almost no increase in disposable income

The Indicator of Well-being dropped sharply especially after 2012 and began to improve only slightly in 2015. The development of the underlying dimensions shows great variance over the past twelve years. The dimensions of housing and jobs have worsened strongly. At the same time, dimensions such as safety and health have shown a significant improvement over the past twelve years. The Indicator of Well-being demonstrates that economic growth is not the only factor determining the well-being of Dutch people. Hence it is important that policymakers develop a clear vision for improving prosperity and well-being in the broader sense, and avoid becoming obsessed with an indicator that reflects only a small part of this.

The cumulative developments of the Comprehensive Indicator of Well-being measure and weigh 11 dimensions in the period 2003-2015 that index the (economic) well-being of Dutch citizens. These dimensions are: safety, environment, health, subjective well-being, work-life balance, housing, education, material prosperity, civic aspects, community, jobs. Refer to the press release on the website for an infographic on factors such as the results, background and methodology behind the Indicator of Well-being.