I always wanted to experiment with a  blog, and see how it is to write a small piece every day. So I see this corona-thing as an opportunity to share with you my stories of birds, Bach and economic history (and occasionally I might comment on how we deal with the virus). Tomorrow is Bach’s birthday, so the point will be made that he is the most undervalued artist in history (for which I will offer quantitative evidence). Let’s today talk about the link between ‘vergaderen’ and imperialism.

Together with Maarten I am writing a new economic history of Dutch capitalism in the period 1000-1800. We, for example, want to understand why overseas expansion after 1602 created societies on Java, in South Africa and Surinam which were fundamentally different from the Netherlands. One potential source is the impressive biography by Jur van Goor of J.P. Coen, the most ambitious and successful empire builder in Dutch history, who founded Batavia and established the commercial-empire in the Indonesian Archipelago. 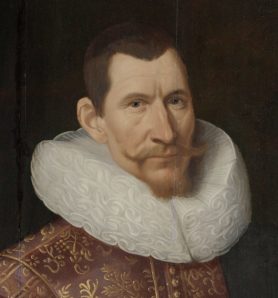 Who is this man, who was responsible for the most infamous massacre in Dutch history, of the population of Banda in 1621? When his superior and predecessor as governor general Both proposed to promote him in 1613 he wrote about him: “een persoon zeer matig van leven, zedig, goed van karakter, geen dronkaard, niet eigenwijs, zeer bekwaam in het vergaderen, zeer goed thuis in de handel en het boekhouden’’. So the most aggressive Dutch imperialist excelled in book keeping and meetings! Don’t think about this when you participate in the next departmental meeting….

Van Goor gives nice examples of this. Indeed, the Raad van Indië, with the top officials of the VOC (including at least one legal specialist) was the main decision making institution, and Coen (and other governor generals) had to listen carefully to their deliberations. When war was on the agenda, the raad was even enlarged with all captains of the ships that might be involved in the fighting – to get their commitment as well (it turned into a ‘krijgsraad’). In 1618, for example, Coen convened this krijgsraad to discuss the option of leaving Banten (where the headquarter of the VOC was initially located) for Jacarta (later Batavia). He stressed at the opening that all participants had to frankly give their views on this change, which might lead to war with the pangeran of Banten. The majority of the 13 participants was against, and Coen skilfully concluded that the meeting was not intended to take decisions but was meant for mutual consultation. He continued to relocate activities to Jacarta, but the formal move had to wait to 1619.