Yesterday I wanted to write about the birds in my garden, but it was extremely quiet there when I sat down behind my laptop. It took a while to understand the magnitude of the crisis that is going on there – and probably in your garden as well. 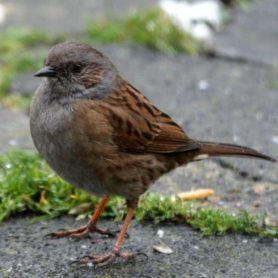 We are talking about the small warblers (zangvogels) that stay with us during the year – the hedge sparrow, the great and the blue tits, the robin, the wren. They try to plan their breeding in such a way that there is an abundance of small insects in the garden – in Spring, when the temperature is rising. Their entire annual cycle depends on this moment: during Spring and Summer they mainly feed on small insects, but in Autumn and Winter, when temperatures used to be low, they switch to berries, seeds and nuts. The latter are much harder to digest, but they found a trick to deal with that: their intestines grow in length and become much stronger during the cold season, making it possible to digest the nuts and seeds. In early Spring, they switch back again: intestines become shorter and less strong, because the meat of the insects is much more digestible. So they are veggies during half the year, and insectivore during the other half. Each species has its own version of this cycle – its own niche, specific insects and seeds etc. – but this is the overall scheme. Another groups of warblers feeds on insects all year, but they migrate to Africa in wintertime – they in a way follow the insects. But the warblers who stay have not only been busy recently finding a mate or re-establishing old bonds and buildings nests, they also converted their intestines to fit the new season. But then the temperature suddenly dropped, as happened this weekend. They expected an abundant supply of insects, but most insects probably decided to keep things on hold as it is freezing! And the redesign of their intestines probably means that the song birds cannot go back. Ergo, crisis in the garden. They are all sitting still, saving their energy until the temperature rises again. 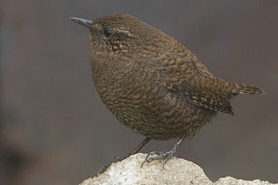 And it was such an enjoyable sight last week! After writing my first blog, I began to watch more closely the part of the garden that is usually outside my sight. I located the nest of the great tits, noticed that a robin is also active there, and that the wren returned now and then. But the most interesting change of behaviour occurred just in front of me. The hedge sparrows had been extremely active working on their nest, but each had done this individually – sometimes one appeared, searched for food, hipping from one place to another, and the other one would perhaps also show up at another spot. But Wednesday I noticed that they were not moving around independently anymore, but that one had become the shadow of the other, constantly following the other in her/his footsteps, as security personnel guarding a president. It lasted for two days, and then the temperature dropped and they have remained out of sight since. Perhaps this shadowing was the highest stage of romance in the life of a hedge sparrow couple, a great joy for both. Perhaps he was following her to find out what was the best moment for mating, or perhaps he was just watching her to ensure that no other male would intervene. And perhaps it was she who was shadowing he – but why would she? Probably somewhere in this academic world, there is a hedge sparrow expert who knows and understands this all, but for the moment you will have to do with my speculations.